This weekend I had a few friends over, we sat back to watch a film and smoke a nice Cuban cigar, I wondered what in my drinks cabinet should I offer my guests?  usually we drink a Cuban rum to go with the cigar but I happened to have a brand new bottle of Kraken Rum the gorgeous looking jet black liquid just screamed drink me! 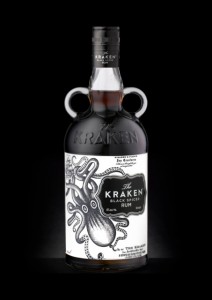 My friends had not heard of Kraken before but I can tell you when I poured the black liquid over ice into their glasses I could tell they were already impressed, this was no ordinary Rum this was something special.

Swirling the rum around a glass creates distinctive tentacle-like drips as the rich liquid seeps back to the depths.  The thick, caramel-like, taste lingers long after the last sip, it tastes devine, a cut above usual go to rum, my friends are sold I of course was already a covert.

The Kraken has an ABV of 40% and an RRP of £22.99 for a 70cl bottle.  It is available nationally in good off-licences, supermarkets and stores such as Sainsbury’s, Harvey Nichols, Majestic, Selfridges and, in Scotland, Peckham’s delicatessens.   It is also available on-line via thedrinkshop.co.uk.

Alternatively, you’ll find bottles in some of the UK’s finest bars, hotels and restaurants – as well as some far less reputable harbour-side taverns. 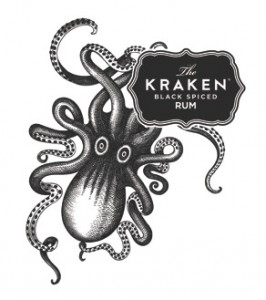 The Heart and Soul of Cuba