The Conclusion to #DryJan with the help of Equator

So if you read my previous post you will know I have been taking part in #Dry Jan which means abstaining from any alcohol for the month of January, this I think for some is a great way to recover from the excesses of the Christmas and New year partying and I know I for one put on a extra few pounds so with the help of Equator Beer which is zero calorie and zero alcohol I have been continuing with #Dry Jan. 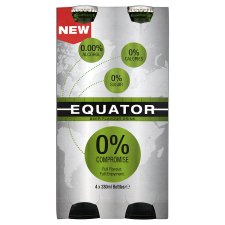 My Conclusion?  well at first I found it hard when out with friends in pubs and bars and they were drinking or they would try and pressure me into joining in but after a week or so I got used to it and they got used to me not drinking.  One thing I did notice was not many bars carry non alcoholic beers most force you to stick to soft drinks so that does make it more difficult but all in all its been worth while, Ive actually lost an inch round my waist which is amazing considering all I did was cut out beer!

Would I do it again?  sure I would actually Im not in any major rush to start drinking again now that I’m in a routine of not, especially with the benefits on my waistline!