To mark the release of GAME OF THRONES: The Complete Fourth Season on Blu-ray™ and DVD, HBO invited us recently to a day briefed as ‘An Introduction to Sword Making’ in the very fitting setting of Glastonbury in Somerset. 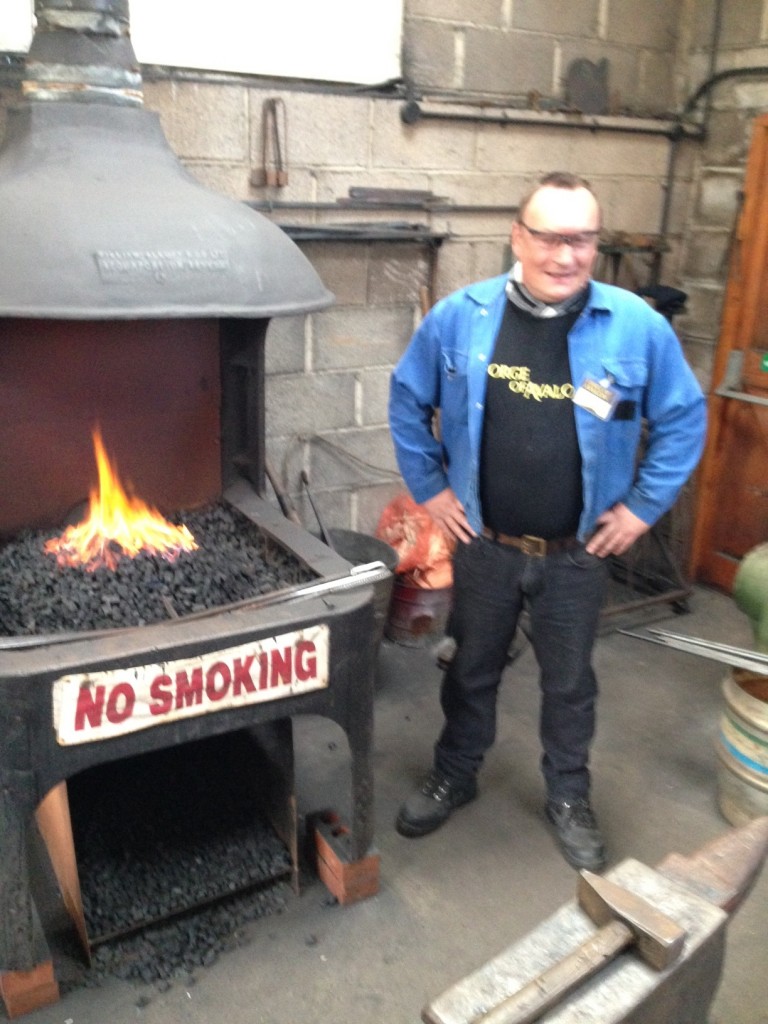 We arrived at The Forge of Avalon bright and early to be greeted by Richard our Swordsmith for the day.
So what qualifies Richard as a Swordsmith I asked, Richard said:
“Although I was born in the UK, I grew up under the shadow of the Austrian mountains in the highland region the Romans knew as Silva Nortica, the Northern Forest, and it was in these verdant surroundings that I first became apprentice blacksmith in a proper old-style village forge. Building on the foundation of skills hard-learned I was then most fortunate to become a student of the Master Swordsmith Eilenberger, a most erudite character, then in his seventies, to whom I am eternally indebted for passing on his enthusiasm and knowledge and love of the traditional craft that inspires me to this day. 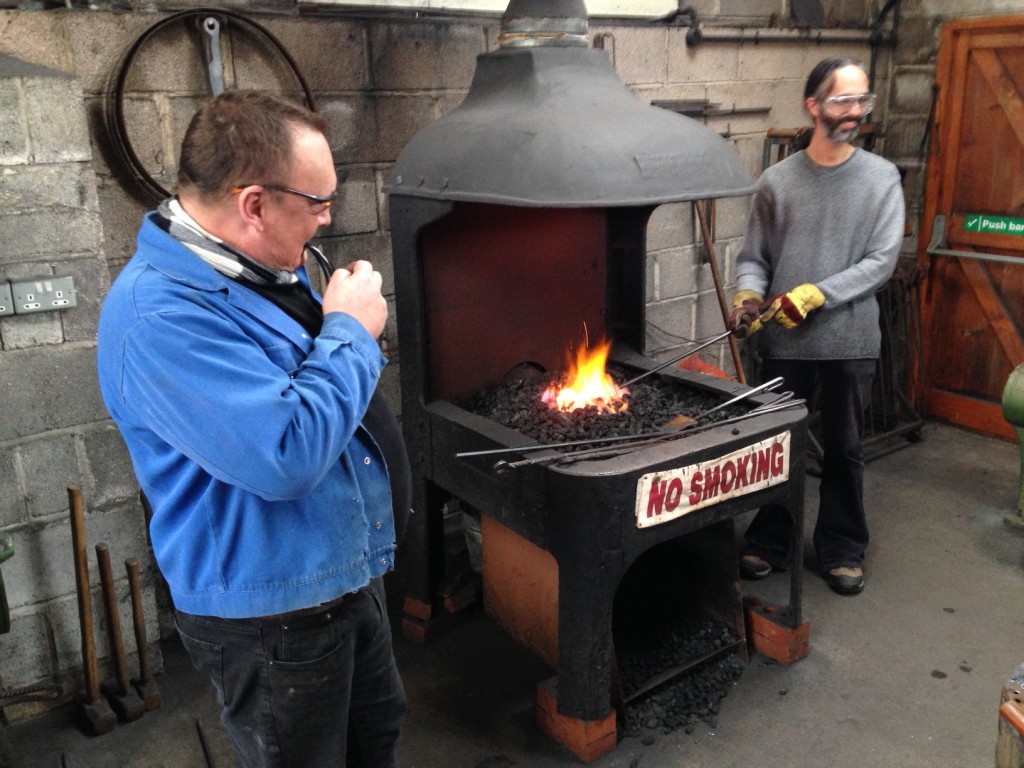 In 2009 I took the opportunity to relocate my business from Austria to the epicentre of mysticism itself – Glastonbury, the Isle of Avalon – where it is reputed that once Wayland forged the legendary Excalibur … well, I’m sure you know the tale of Arthur and his mythic sword! Importantly, my philosophy embraces these stories – that the sword is a magical and mysterious creature which must reflect the true spirit of its master and to this end I assure all those who commission my work of my closest attention to their requirements at all times. “

Of course we were all raring to go and build our own version of Long Claw (Jon Snows sword in Game of Thrones) but like any apprentice you start off small to hone your skills, and as Richard explained to us his very first task as an apprentice was to perfect the hand forged nail so it emerged was ours, Richard was told to fill a bucket all those years ago, lucky for us we were tasked with just one… and believe me it was difficult! 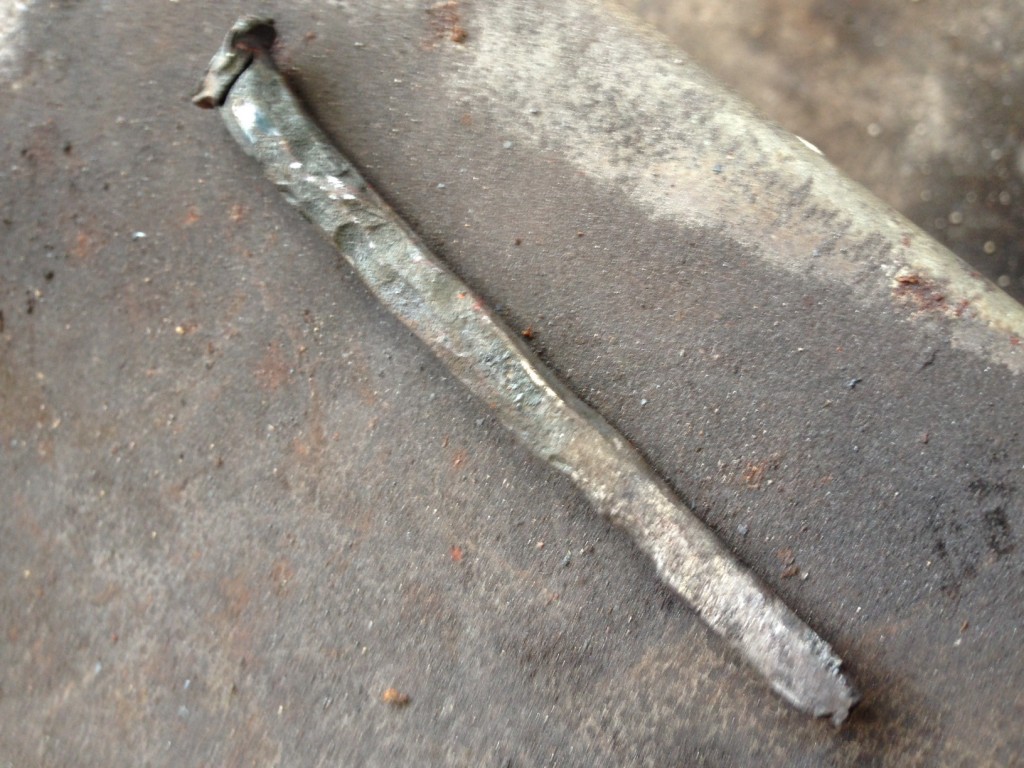 Above is my rather feeble attempt at a Nail, this took me nearly 3 hours! 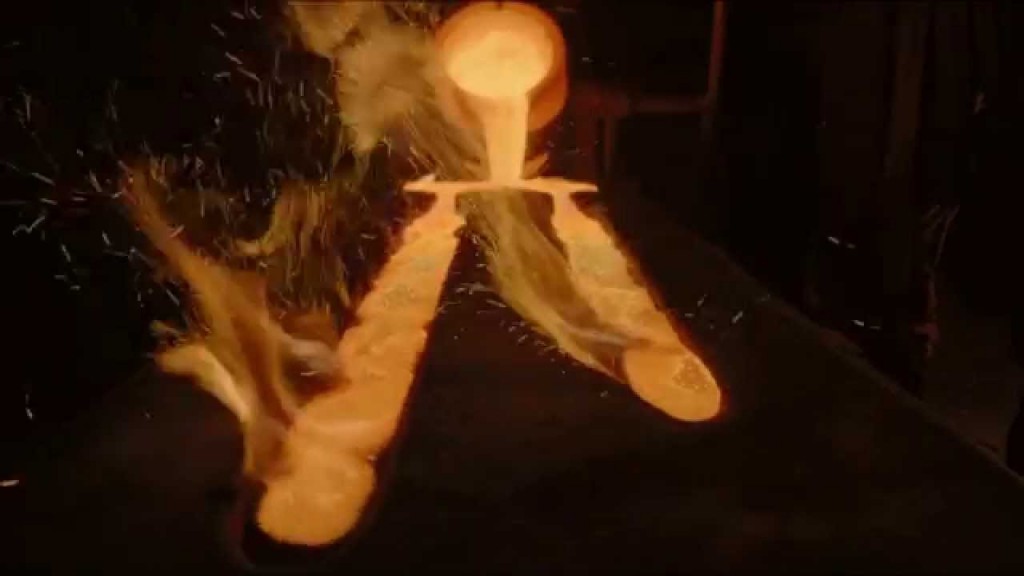 After our Nails were complete we took a break for lunch, the question I had to ask Richard was if he had made a sword in the same way the Valyrian steel blades were made in the Game of Thrones by pouring hot liquid steel into sword molds. Richard quickly dismissed this
“While that looks good on TV its simply not possible, the sword would be too weak to be functional”
Bubbles slightly burst we headed back to the workshop where we tackled our next challenge, a fire poker! 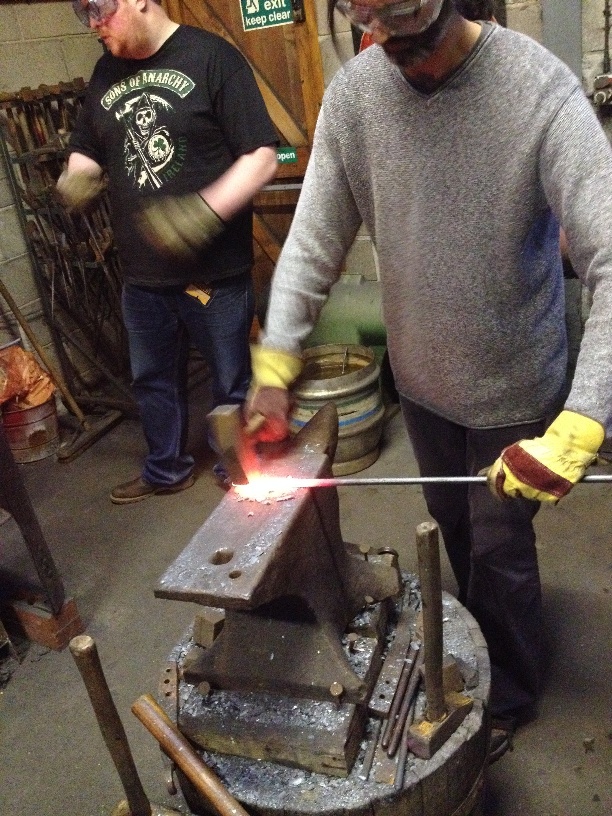 Richard explained that the the skills we had learnt making the nail would be used much the same for the poker but on a larger scale and it practice that was true although I in the end found the poker a bit easier to do I think because it was bigger and easier to hit! 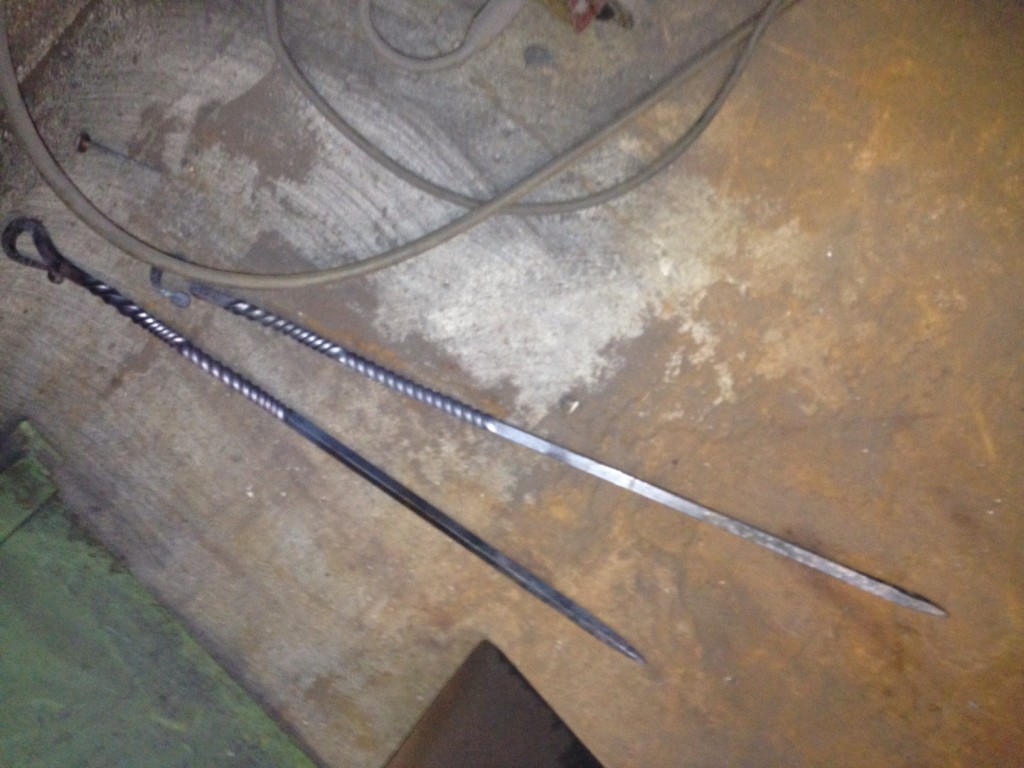 Above is final poker on the right (yes I know its slightly bent!)
We had a excellent introduction into the skills required to make a sword and at some point I fully intend to come back and do the full four day course and make my own sword.
Sword making packages at Forge of Avalon start at £389, for more info and dates go to www.forgeofavalon.com 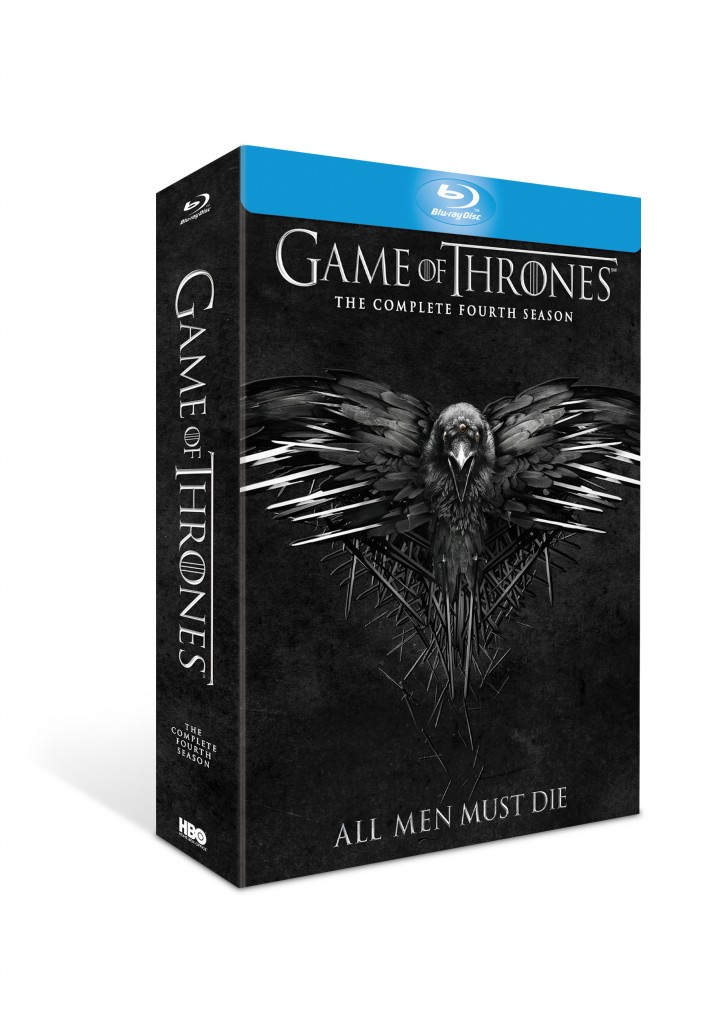 Game of Thrones Season four is out on the 16th February on both DVD and Blu-ray …  All Men Must Die !