The Walking Dead was an instant smash for AMC taking the torch from Breaking Bad to become the must watch tv show every week with everyone in the office guaranteed to be talking about what happened the next day. With this in mind I was a little unsure when AMC announced they would be producing a spin off show set in the same universe and TWD but in LA called ‘Fear The Walking Dead’  but I need not have worried the show delivered it own unique style from the off while staying true to the original show at the same time.

We get to see from the start the outbreak in the los Angeles area and how they deal with things compared to the events of The Walking Dead when everything was over by the time Rick woke up in the hospital.

We were lucky to be invited to an early screening last week of the first episode from the second season and things have got very interesting indeed, I wont say anything about the plot as I will just annoy you but I will say I think my favorite thing was the new setting and the dangers this could bring of its own.

After the screening we were treated to a Q&A with executive producer Gale Anne Hurd who gave us some great insight into the show, my favourite facts being each episode takes only 8days to film which really is alot quicker than I thought it would be. Also Gale explained how they actually built the boat in the show from scratch and when you see the results that’s pretty impressive!

oh and afterwards we were treated to a walker filled after party, although I don’t seem to know there’s one behind me in this pic! 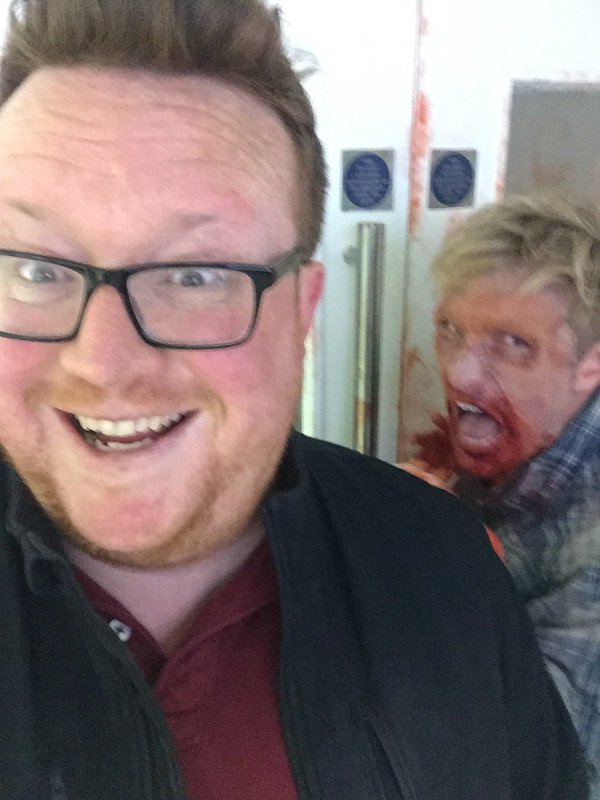 Fear the Walking Dead starts tonight exclusively via BT tv here in the UK  on the AMC channel at 9pm.

April will now be called ‘Shaveril!