Presenters: Jeremy Vine, Louise Minchin
Performers to include Martin Freeman as the voice of Bobby Moore

Songs from 1966 re-arranged and performed by:
Sophie Ellis-Bextor, Squeeze, Reef, Lemar, the Troggs

The event will be Simultaneous broadcast on BBC Radio 2, BBC Radio 5 Live, BBC Red Button
and cinemas across the UK

Tickets for The SSE Arena Wembley and all participating cinemas from: www.wc66.org

to celebrate all things World Cup 1966 we have a fantastic bundle to give away of a fantastic replica ball and program from that classic day in football history. 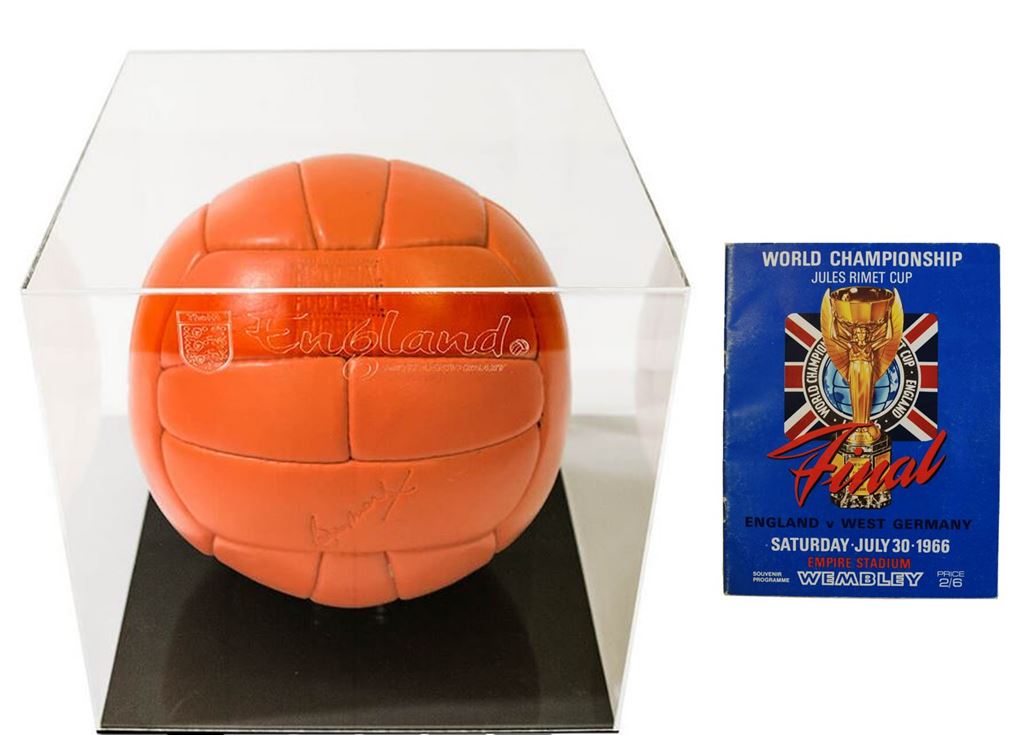 To enter all you need to do is email us at enterthecomp@gmail.com telling us who won the World Cup in 1966

Closing date will be 1st August 2016 when a winner will be selected at random from the correct answers. Good luck!