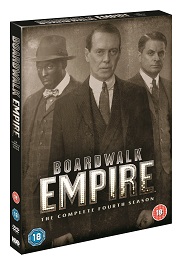 Boardwalk Empire’s forth season is out on DVD and Blu-ray on Monday, throughout the previous seasons, Al Capone has been one of the key characters, but in season 4 he steals the show which is why I thought Id have a chat with Tom Prior,who is an expert on high profile American Gangsters, with Al Capone being his forte. 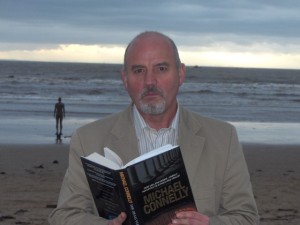 How historically accurate would you say Boardwalk Empire is with its portrayal of people like Al Capone?

Like most Hollywood productions there is always some artistic licence taken but Boardwalk , particularly season 4, has kept close to the facts when portraying Capone in his rise to power beginning with the killing of Dean O’Banion. Meyer Lansky and Luciano are also well portrayed as the scene is being set for future series when all the gangsters come together to form an organisation called the Seven Group.

What do you think of the choice of Stephen Graham playing Capone?

I may be a little bit biased here but fellow Scouser Stephen Graham does a very good job in playing Capone. He has the same build as Al; the round pudgy face and same height. He capture’s Capone’s intelligence and temper(which may have been down to the first symptoms of paresis beginning to surface) and his accent can’t be faulted.

He reminds me much of Rod Steiger who played the Big Fellow in the 1959 picture entitled Al Capone. Steiger too gave Al many layers of character that looking at it now sometimes captures a future Tony Soprano.

Robert DeNiro (The Untouchables) took his portrayal over the top and both Jason Robards(The St Valentine’s Day Massacre,1967) and Ben Gazzara (Capone, 1975) although both quite good, lacked Capone’s Italian ancestry and likeness.

Capone tried to paint himself as a bit of a Robin Hood figure, opening soup kitchens for the poor etc, do you think think that was a genuine desire to help the less fortunate or a early form on PR on his part?

Most definitely an early form of PR. One of Capone’s early biographers subtitled his book ‘the biography of a self made man’. Capone was the first gangster to court publicity and use it to his advantage.

New York gangster Dutch Shultz used the same tactic some years later when facing trial for tax evasion . He had his trial moved to an upstate farming town were Shultz turned local benefactor and the rural jury returned a not guilty verdict.

Being an expert on American Gangsters who would you say was the most ruthless of them all?

Capone must be a contender for the most ruthless gangster. He gave his enemies a very low life expectancy but to me it is actually a Sicilian mobster Salvatore “The Beast” Riina who was so ruthless that not only women and children were his victims but judges, police and politicians were too . He waged war on the entire Italian state – and nearly won.

Do you believe the mafia or similar organisations as they were portrayed in programs like The Sopranos still function today?

The American Mafia were pretty much decimated by the FBI during the eighties but after 9/11 the attention was turned to anti-terrorism leaving a void that has allowed, not only the Mafia to re-emerge but also the Colombian and Mexican cartels expand their networks.

In the UK I would guess our most famous gangster were The Kray Twins they are somewhat seen as Robin Hood figures by some much like Al Capone was, why do you think people admire criminals?

Whats your favourite gangster movie? And why?

There are some great contenders for the best gangster movie. Joe Peci in GoodFellas stole the show with his portrayal of psychotic mobster Tommy DeVito. The scene were Henry Hill takes his wife through the back entrance of the Copacabana nightclub to the top tables were the power and prestige of the wiseguys is displayed for all to see was stunning.
But in the vastly underrated Donnie Brasco(1997) we see the real lives of the wiseguys lounging around doing nothing and hoping that some easy money will come their way. Al Pacino can be seen stealing dimes from a parking meter that shows the reality of the gangster life.

But it is The Godfather(1972) that wins it for me. I can still remember going to see it in the cinema and the whole audience practically jumped when a nurse bursts in as Michael Corleone tries to move his father from assassins coming to kill him in the hospital.
I recently watched it again on C4 and the lighting and cinematography coupled with the acting and storyline make it the greatest of them all.

A bit about Tom Prior…

Tom Prior has been a contributor for Britain’s True Detective, Master Detective and True Crime magazines for over 25 years, specialising in American organised crime and Depression era gangsters.

He has written articles on many high profile gangsters such as Al Capone, John Gotti, Bonnie and Clyde, and John Dillinger, and is currently working on an article about Capone’s life in Alcatraz and how the gang boss suffered from the mental and physical ravages of advanced syphilis that caused his early death at 48.