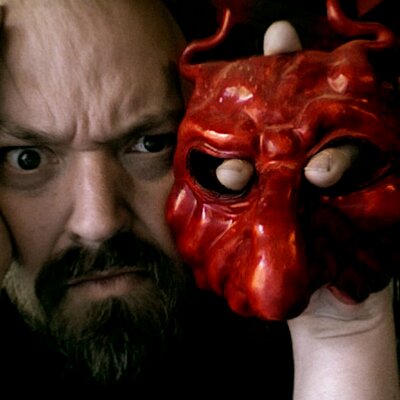 A few reasons. I think of the weekend as a moment of madness. The moon exerts its gravitational force on the earth and the tides, often seen as the way the moon can affect our moods, often linked to stories of animal transformation, and to a woman’s period mood changes. Also I included moon images in the tattoos on the various dream characters, something to link them. Also, there’s a wonderful myth of the moon granting a woman’s wish to gain the love of a man by giving up her first born child, a story I’ve set to song over the end title credits.

Can you tell me something about the inspiration for the film?

It was inspired initially by a real and very tragic event that happened to a good friend of mine from my time in art school, and the way that he eventually was able to talk about it. He said it was like entering another world, where everything was hyper sensitive and pregnant with symbolic meaning, everything tasted differently, an altered state. These things really stayed with me, and I made notes about them, and tried writing a story about 20 years ago, but it was too close. But these ideas and feelings stayed in my head, and so about 9 years ago I changed the characters and setting and added more details until it was a different story, but kept the core emotions I wanted to deal with.

I noticed a lot of very impressive artwork in the backgrounds, who was responsible for these illustrations?

I did all the artwork in the house and the drawings that are done by Michael Maloney’s character Dean. My friend, the wonderful teacher and illustrator Barron Storey, did the drawings for Ben Daniels’ character, Grant.

How long has this film been in the making? Have you been planning it for many years?

So I sketched the first version of the story out 20 years ago, I wrote the first draft script of the version that became the film about 9 years ago, we shot it 7 years ago, did the pick up shoot 5 years ago, completed the edit about 3 years ago, started work on the CG and fx sequences 2 years ago and completed the sound, final picture and music at the beginning of this year. With the banking crisis affecting our investors and the usual problems of low budget independent film making, I had to keep parking the film and getting on with other projects until we had some more money available to carry on.

Are there any plans for a sequel?

No, although I feel like I’m starting to stake out a territory to explore – stories about real life emotional crises, but explored through the characters imaginative lives as well as their real lives, that slipstream place between dream and consciousness, the way our minds distort and deal with the real world.

What are your future plans?

More books. I have a new book of short comics out called Pictures that Tick 2, a new cookbook with Heston Blumenthal, a book of covers including a new short story with Neil Gaiman called Dream States, a new kids book with Neil and a new graphic novel on my own. A book of paintings inspired by silent cinema and a new book of photographs. I hope to make another film next year, with a wonderful theatre company called Wildworks, set in the woods, taking in elements of fairy tales and mother/daughter angst. And wolves.

Your cv is quite broad, what is your favourite medium for portraying your art?

I don’t have a favourite, they all feed each other and allow me to explore ideas in different ways. I still love to simply draw, pen on paper. I love the editing process in film, I love improvising music with good players. In a way it’s all the same thing. Finding something that is really compelling, and exploring that idea in unusual ways, trying to find the most compelling way to explain those ideas to an audience, whether that audience is 1 or 1 million.

Luna is out in cinemas now