Win Tickets to the ‘In Fear’ premiere, courtesy of Stella Artois

Gentlemen’s Goods is teaming up with Stella Artois to give readers the chance to win a pair of tickets to the UK red carpet premiere of In Fear, the debut psychological thriller by Jeremy Lovering. 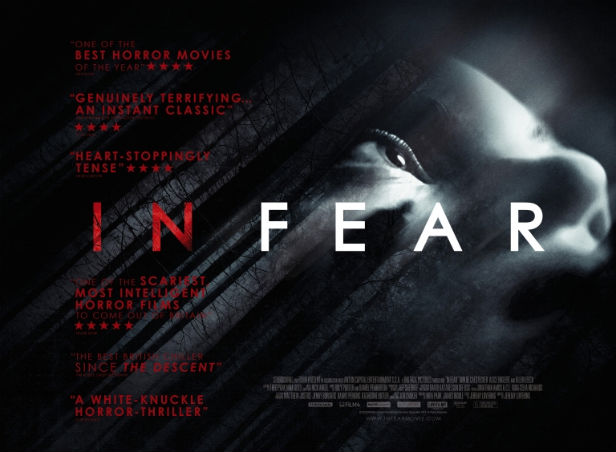 The exclusive premiere of In Fear will take place at the ICA, The Mall, London, SW1Y 5AH on Tuesday 12th November. We have three pairs of general admission tickets up for grabs.

Those lucky enough to secure a pair of tickets to the screenings will get to attend the UK premiere of the film.

To be in with a chance of winning all you need to do is email your name, date of birth and contact telephone number to enterthecomp@gmail.com.

Each pair of tickets is a “Prize”.  There are 3 pairs of tickets available to be won in total.

5.            To enter the Promotion, individuals should email details of their name, date of birth and contact telephone number to enterthecomp@gmail.com (“Entry”).

6.            Three participants will be chosen at random via a randomised computer programme from the prize draw from all the participants who validly submitted their personal details and correctly answer the question in accordance with paragraph 5, who will each win a Prize (“Winners”). There will be three (3) Winners in total. Each Winner will be notified that they have won a prize by email by 11.00am on 10th November 2013 to the email address they supplied on Entry (“Notifying Email”). Winners must respond to the Notifying Email no later than 24 hours after the time the Notifying Email is sent (as per the time stamp on the sent email) confirming their acceptance of the Prize, agreement to the Terms and Conditions, and the name and date of birth of their guest. If Winners do not reply to the Notifying Email within 24 hours, that Winner forfeits their Prize and a replacement winner will be drawn in their place from the entries received during the Promotional Period. Once the Winner’s acceptance of the Prize has been received by the Promoter, he or she will be sent a confirmation email no later than 24 hours prior to the screening providing further details about the Prize including the time of screening, location of cinema and where to go to on arrival at the cinema. Upon acceptance of the Prize by email in accordance with this paragraph, the Prize Provider will add the Winner and their guest’s name to the Stella Artois guest list.  Upon arrival at the ICA, Winners and guests should ask for the guest list queue and state their name to ICA staff who will check their name against the guest list they have been provided.