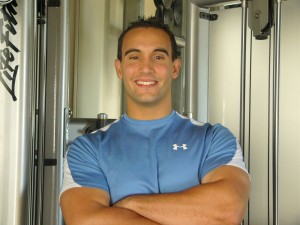 Recently we spoke to Nuno De Salles the personal trainer in charge of getting Kit Haringtion and Keither Sutherland screen fit for their new movie Pompeii.

Can you tell us a bit about what you do?

The entertainment industry will contact me when they are challenged with a dramatic physique transformation. Industry heads have referred to me as sculptor for actors physiques. I will mold an actors body to the requests of the director and also collaborate with other departments like wardrobe and stunt department to fulfill the wishes of all the industry heads.
For example in Pompeii I collaborated with not only the directors’ wishes to have Kit Harington looking like a menacing athletic gladiator. I worked with wardrobe to make sure that his abs were well defined in his costume since his abs would be exposed in a key scene of the movie. I also worked with the Stunt Coordinator very closely since this project was high action. He and I would communicate on practically a daily basis and I would tweak my program so that his workouts would not interfere with his stunt training.

How much in advance of filming do you generally get to work with an actor?

It really depends on the project I am working on.
For Pompeii, I met with the Director (Paul W.S Anderson), producers (Jeremy Bolt & Don Carmody) & stunt coordinator (Jean Frenette) 8 weeks before filming.
We discussed the look that they wanted Kit Harington’s physique to be molded into in a 8 week timeframe. They needed him to look lean and athletic, so I explained that within this short timeframe I will need Kit to train 6x/week and be on a specialized meal plan and to take daily supplementation and only then could I guarantee the results they wanted.
As we got closer to the start date for filming we added a new goal. A shirtless scene. This meant I had to keep a very close eye on his training and nutrition.

Is there a difference between looking good on camera and actually being physically fit / muscular in the real world?

Yes there is.
On camera you need to look lean with almost no body fat because that is what the camera loves.
In the real world keeping such a low body fat is not always a healthy option. In fact you might feel & perform better at a higher body fat percentage.
If your main goal is to feel and look good there is no reason to push your body to that extreme.
The challenging aspect of Kit’s training was that he needed to perform demanding stunts as well as look extremely lean.
So we timed it in a way that he would film the physically demanding work at a different time of the shirtless material…

Kit Harington and Keifer Sutherland have come from fairly action based roles into this film did that make things easier in terms of where they were physically ?

Kit had been promoting his show and had not been training much prior to seeing me. So he had put on some weight and was no where near camera ready.
As for Kiefer I worked with him to prepare him for his role of Jack Bauer in 24 filmed in London at the beginning of 2014. He had not been working out either prior to starting with me.
What does make a huge difference is that they are both hard workers and take their craft very seriously which in turn translates into their intensity in the gym.
They are not afraid of the pain required to achieve the results.

How important is diet to your work?

Diet is 80% of the battle!!
I make sure my clients are being monitored all day if their goal is to be as lean as possible.
With Kit and the rest of the cast of Pompeii I had their meals prepared fresh daily controlling their calories (protein to carbohydrate to fat ratios).
They were “not allowed” to eat anything that I did not approve for them.
I managed to be in complete control of their nutrition and workouts and the results speak for themselves.

Do some actors struggle with your program?

I have been working with actors on different movie sets for 12 years and never have I had someone not give me 100%.
I am there to encourage & work with them. Not to make their lives harder…
On top of that the individuals I have worked with have an incredible work ethic & if anything, the problem is that they sometimes work too hard…. 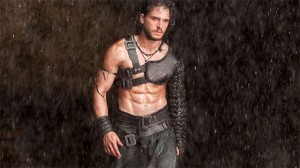 Would you have any advice for the average reader looking to get in shape?

Set goals!!
You need to work towards a goal if you want to be successful in the gym. Once you have a “destination” in mind give yourself a time frame to achieve it. Design the best program and nutritional plan and go for it!! Goals are essential they keep you motivated and on track.
Once you reach that specific goal set another goal! Keep challenging yourself!
Keep in mind that the goal must be important to you whatever it might be….Gain muscle or running a marathon or powerlifting competition etc…
If a large goal is to difficult to visualize then set smaller goals and once you achieve that goal set another more challenging goal that competes against the last. In essence, competing against yourself.

What are you working on right now?

At the moment, I am working with my core clientele at my Toronto gym.
However, I have been contacted for several exciting new Film & TV projects starting in 2015 so I am diligently working on designing different exercise & meal programs for those casts. 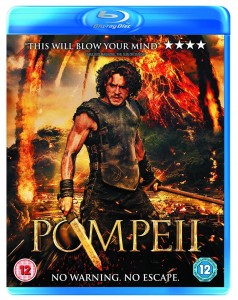 Pompeii is out on DVD and Blu-Ray on September 15th and can be pre-ordered here now.