The World’s Most Expensive Cigar 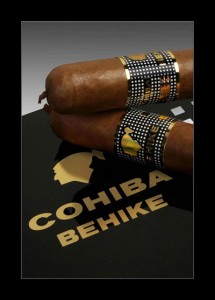 The Cohiba Behike cigar is one of the world’s most expensive cigars named  after the tribal chief of the Taino Indians.
Developed with a secret blend of the best Cuban tobacco from the Pinar del Rio, Vuelto Abajo.

There were only 4000 Cohiba Behikes for sale at 375 Euro (525 USD) each of the original run, with reports of one upscale London establishment charging £1500 a smoke!

The ‘Behike brand’ cigars are now however to be released as a regular line although one suspects the blend will be somewhat different from the original run of only 4000.

Showcased in February at this year’s Habanos Festival in Havana, the three new Cohiba Behike sizes have been eagerly awaited ever since by cigar enthusiasts around the world. The Cuban cigar industry has gone to extraordinary lengths to ensure that this new line is special in every way. Not only are all the three sizes entirely new, but there is also a special classification of leaf within the blend of the filler, known as Medio Tiempo, which gives the new line a unique, distinctive taste. The natural scarcity of Medio Tiempo leaves dictates that annual production of these cigars will be restricted. The Behike BHKs are set to become Cohiba’s most exclusive line and to represent the highest grade of cigar in production in Cuba today.

The excellent cgars Ltd have released prices for the range and I eagerly anticipate getting my hands on these legendary smokes!

How To: ‘Prime’ your first date