Atempting #DryJan with the help of Equator

In the past I’ve  heard lots of of friends and colleagues talk about having a dry January before which means zero consumption of alcohol for the month.  Some do it just for kicks , most do it to somehow combat the excesses of the Christmas and new year period,  why am I doing it?  because Equator offered to send me some of their non alcoholic beer to try for the month so I figured why not? 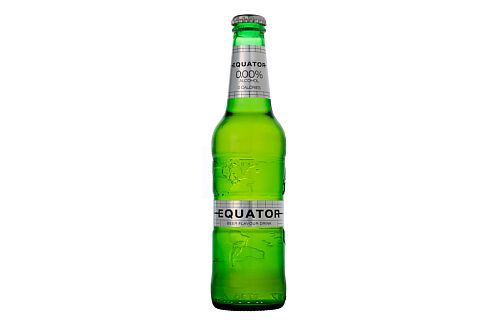 …and so it began, Ive never tried a alcohol free beer before so had no idea what to expect and really have no idea how Equator stacks up against the others out there but it certainly wins in terms of ingredients or shall I say lack of the bad stuff!

Equator has  Zero calories,  Zero Sugar as well as  Zero alcohol, that’s right none!,  this surprised me as after a bit of research I found that most of the so called non alcoholic beers still have a very tiny amount in there anyway how am I doing after two weeks?

Well not bad, its actually easier than I thought not to drink booze well I say easy, I find it easy others dont seem to find the fact that Im not drinking so easy! , the amount of times a pint has been thrust into my hand with something like ” ah go on just have the one”  makes me feel like a drug addict trying to get clean with my friends as the pushers.. kind of strange how people feel uncomfortable when you aren’t drinking but so far I have stuck to it.

So I guess you are wondering how Equator tastes?   well its certainly not a proper beer, and in a blind taste I would spot it a mile off but on the positive side it is I would say very similar to some of the weaker lagers out on the market , it kind of reminds me of Carling in a way.

Will I last the month?  Id like to think so but there’s two weeks to go so we shall see in my next update!